Aroview: British workplace comedy created by and starring Nick Mohammed as an inept and tactless computer analyst who is enlisted by a pompous American NSA agent (David Schwimmer) to form the GCHQ, a team who tackle international and domestic cyber terrorism. 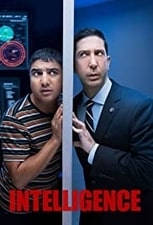