Aroview: Visually striking South African eco-horror about an injured forest ranger on a routine mission who is saved by two off-the-grid survivalists. The rescue is initially welcomed until is it revealed that the pair exhibit a cultish devotion to the natural world, reverentially consuming the mushrooms that grow in the muggy jungle they live in. 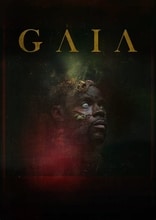