“Builds to a truly shocking climax that delivers [the director's] themes with a dark and twisted sense of humour—and justice. It’s a clever and unexpected turn in a film full of surprises.”~Screen Daily

Aroview: Carey Mulligan is sensational as the 'promising young woman' who contrives an elaborate scheme to avenge for a traumatizing past event in this stroppy, unpredictable and quite brilliant drama.

All the more impressive for being from a writer/director in her feature film debut, some time actor Emerald Fennell has fashioned a #MeToo movie that packs a punch of some ferocity both in dramatic terms and its subsequent cultural impact. 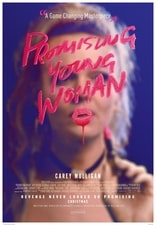