“To Annette Bening’s credit, she finds just the right notes to illustrate Grace’s capacity for love, as well as her special gift for never letting up and driving you a little bit crazy.”~Chicago Sun-Times

Aroview: Adapted from the director's own play The Retreat from Moscow, this British drama stars Annette Bening and Bill Nighy as a couple who are facing a divorce after 29 years. Plenty of complexity is to be found in this modest drama, thanks in part to it's origins as a stage play, which lends the film a literate tone, along with a commitment to strong acting performances over cinematic mise-en-scène. 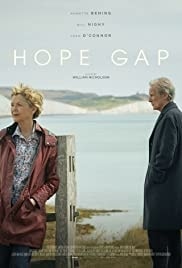